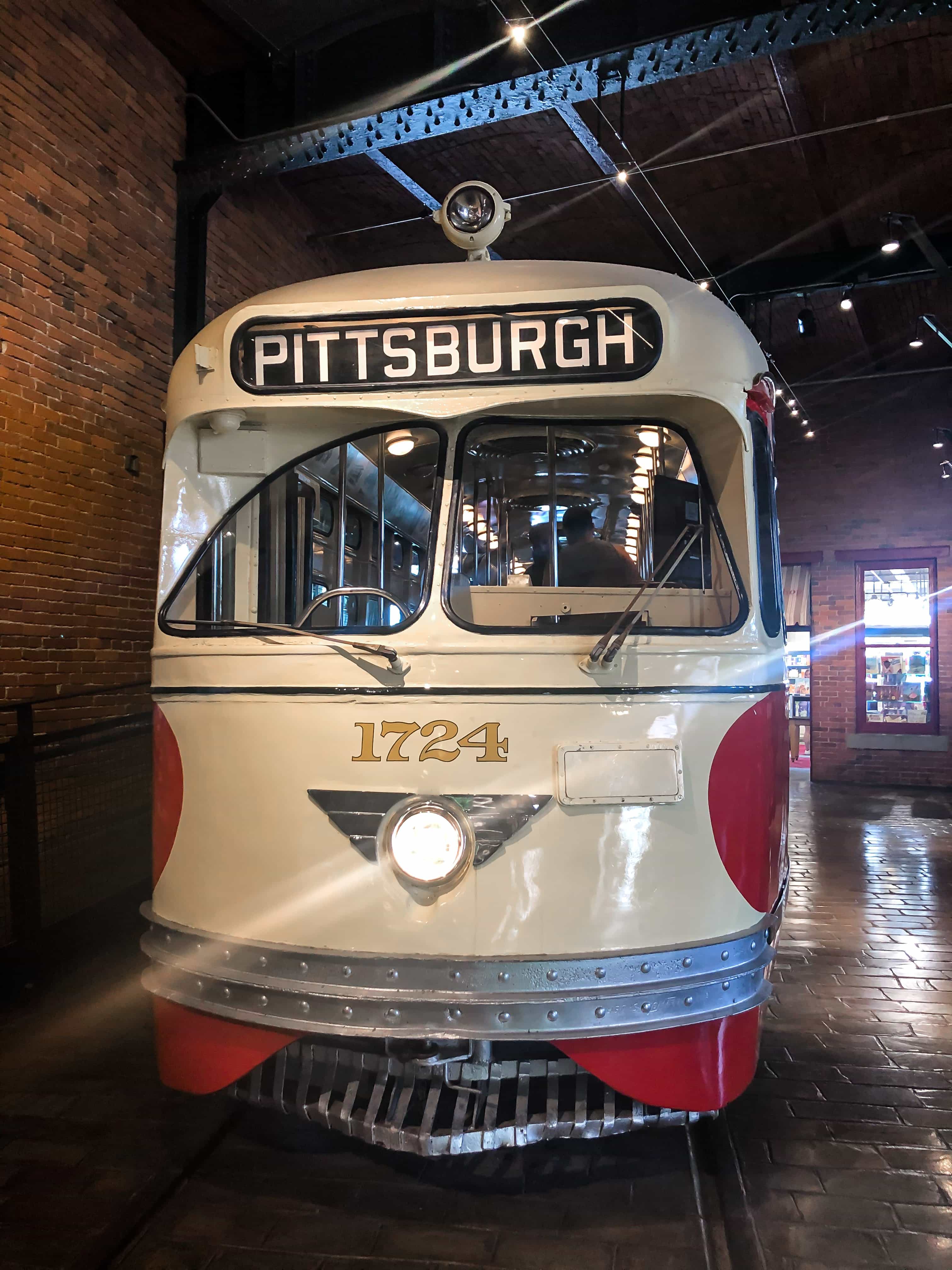 The trip I was looking forward to most this summer was my trip to Pittsburgh to visit my cousin Alex. Being here in SF is kind of lonely sometimes because I don’t have any family here. So I was excited to get much needed cousin bonding time. I was also excited to get to know the city he loves so much – Pittsburgh. Before I went, I knew very few things about it. I knew that it is known as the steel city, it has a great football team, and CMU is one of the universities there. After a full 3 days there, I have to say it is one of my favorite places in the US. The one thing that impressed me the most is how tight knit the community is there despite how big and spread out the city is. Everywhere we went my cousin said hi to someone he knew.

The other thing that surprised me was the national pride this city has. I often forget that Pennsylvania is one of the 13 original colonies, so it has much more history than young California does. Because of that, the city of Pittsburgh has seen the changes of the country reflected in its city for centuries. There was a sense of pride in being an American that I just don’t feel here in San Francisco. I loved that because I identify more with my American identity than my Chinese/Vietnamese identity.

I loved Pittsburgh so much I created a travel guide in the hopes that you put this city on your next travel list. I promise you won’t be disappointed. 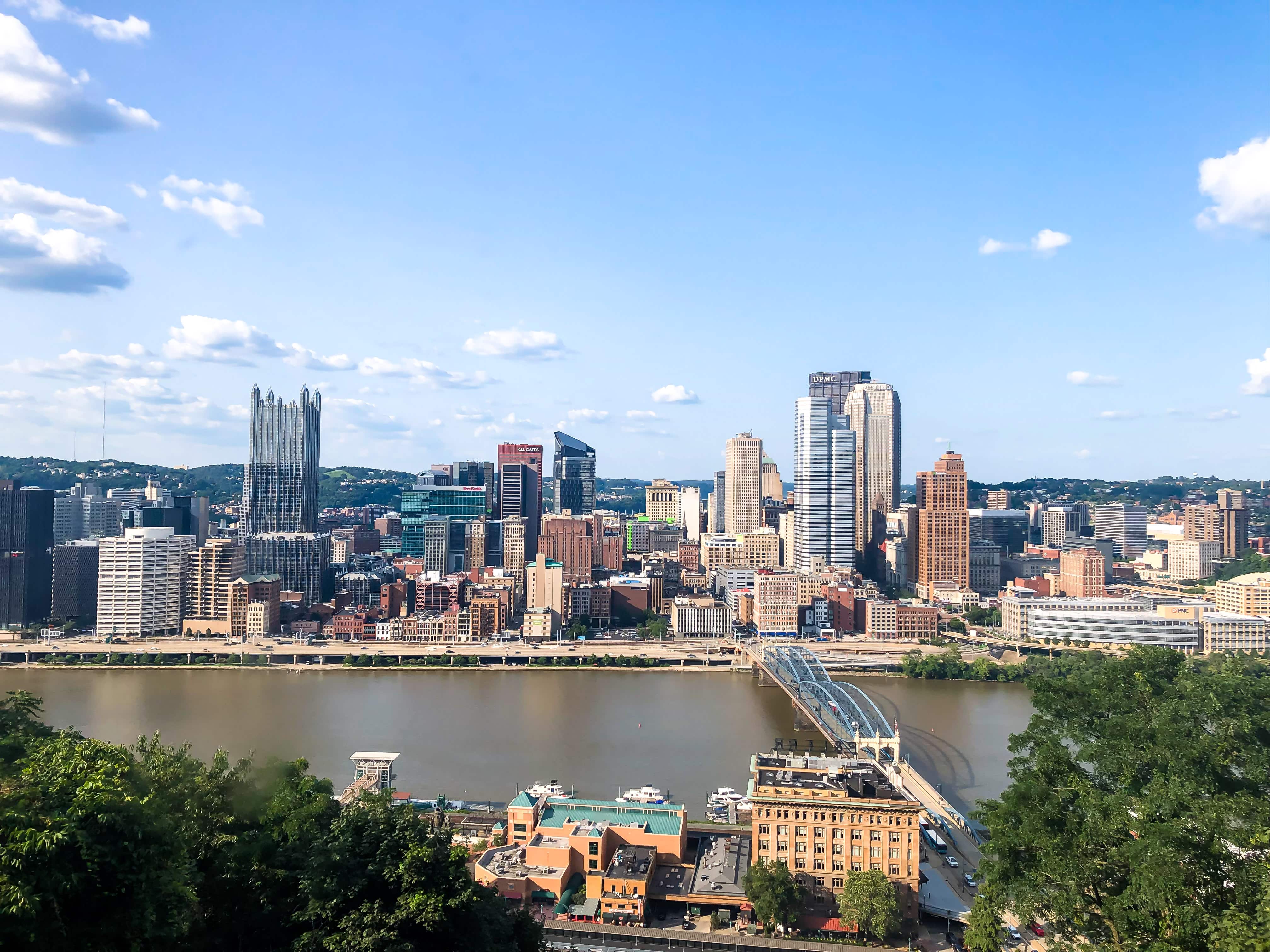 Unfortunately, I can’t be too much help here since I stayed with my cousin in Lawrenceville. Airbnbs are pretty cheap at under $100 for a room and even an entire place. Hotels run $100-$200 per night. Pittsburgh is very spread out, so my best advice to pick a place in Downtown so you are in the most central area. 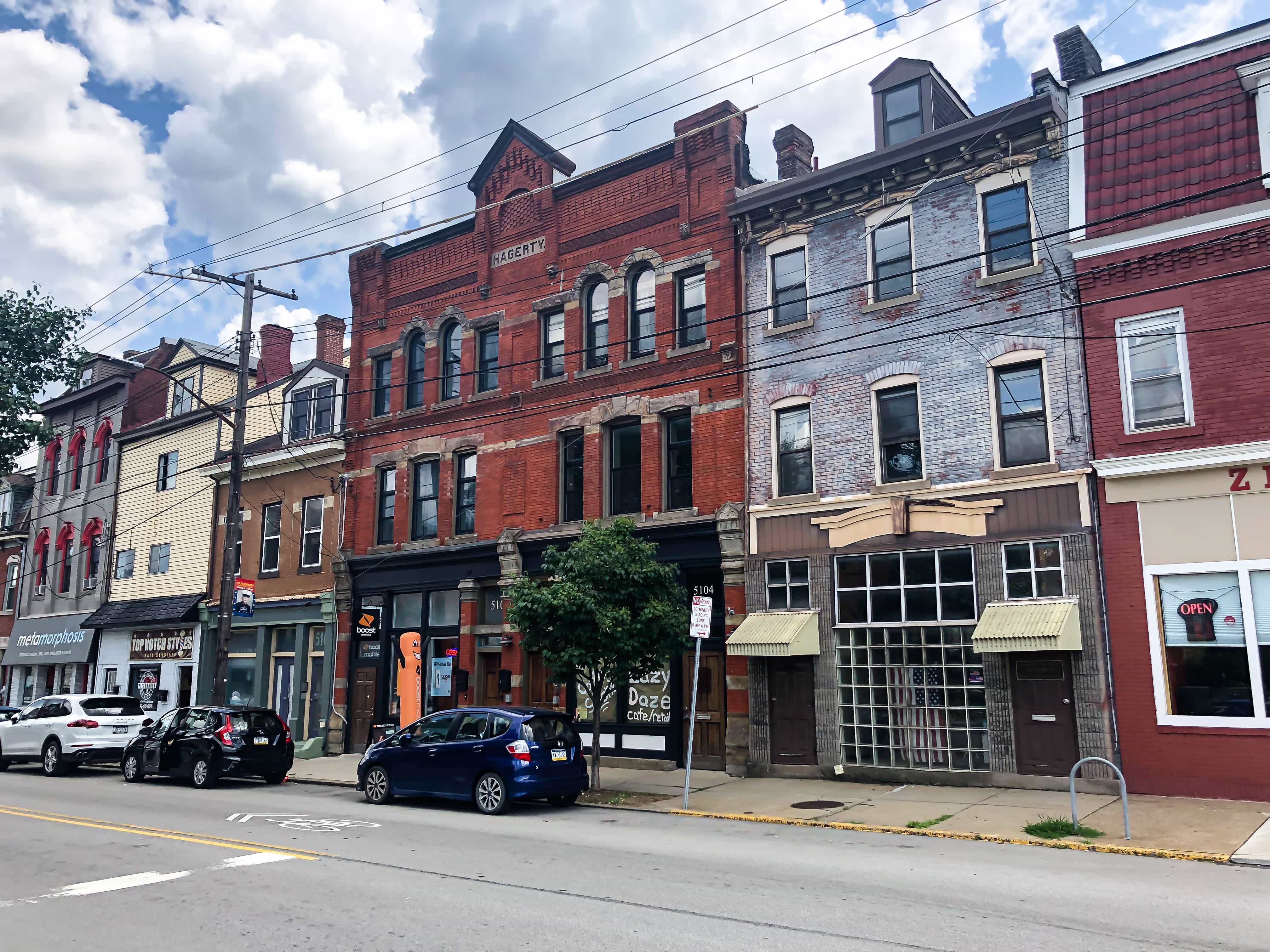 As mentioned, Pittsburgh is very spread out, so Ubers and Lyfts can get expensive (~$10-$20 for around the city and ~$40 from the airport). I think the best and cheapest way to travel is by bus. You can get a weekly bus pass for $25. The only downside with buses is they don’t come frequently so you might end up waiting 15-20 minutes. The buses also don’t always stop at every stop, so make sure to request a stop when you want to get off and wave at the bus driver when you are at the bus stop to make sure it stops. 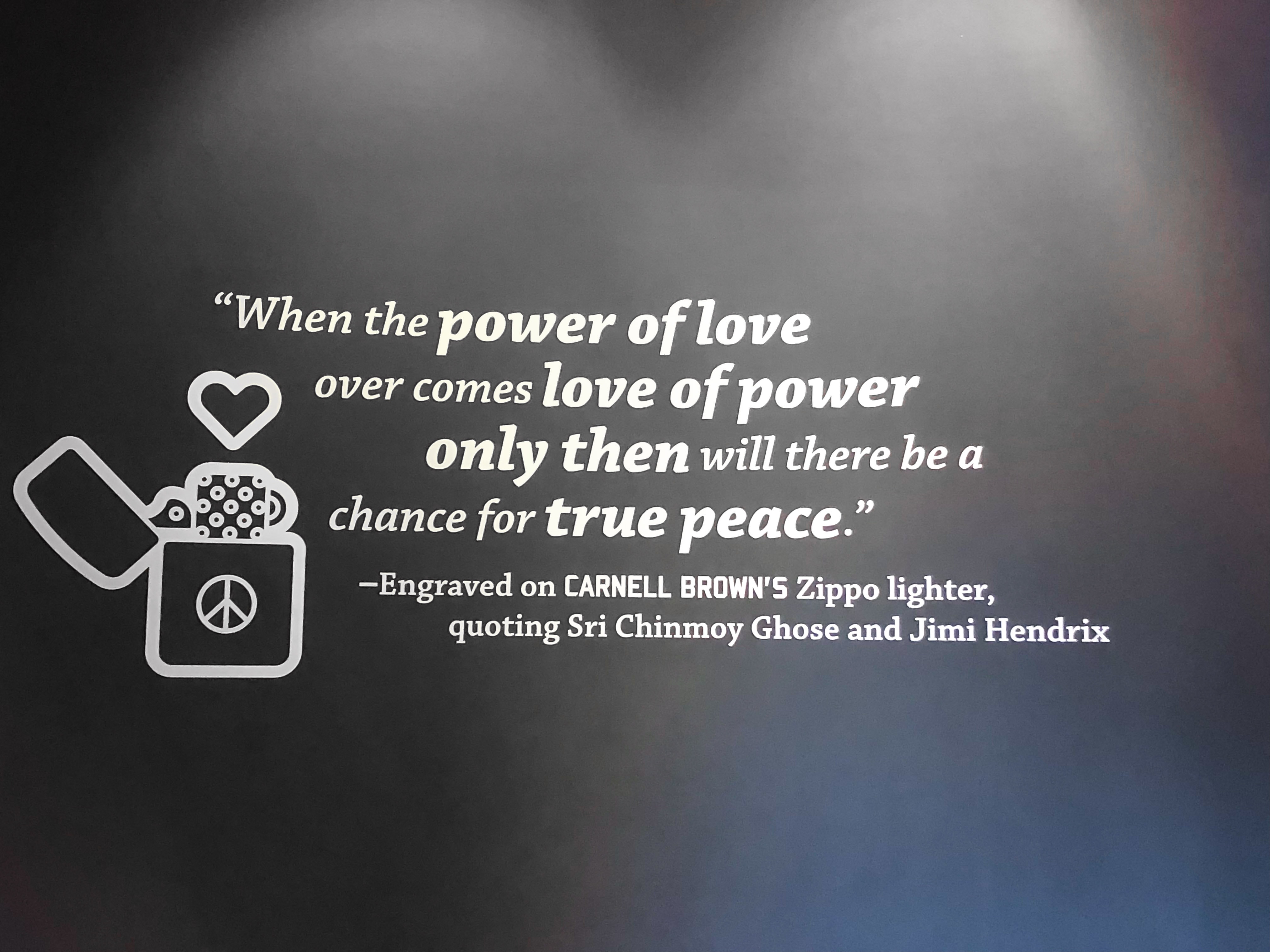 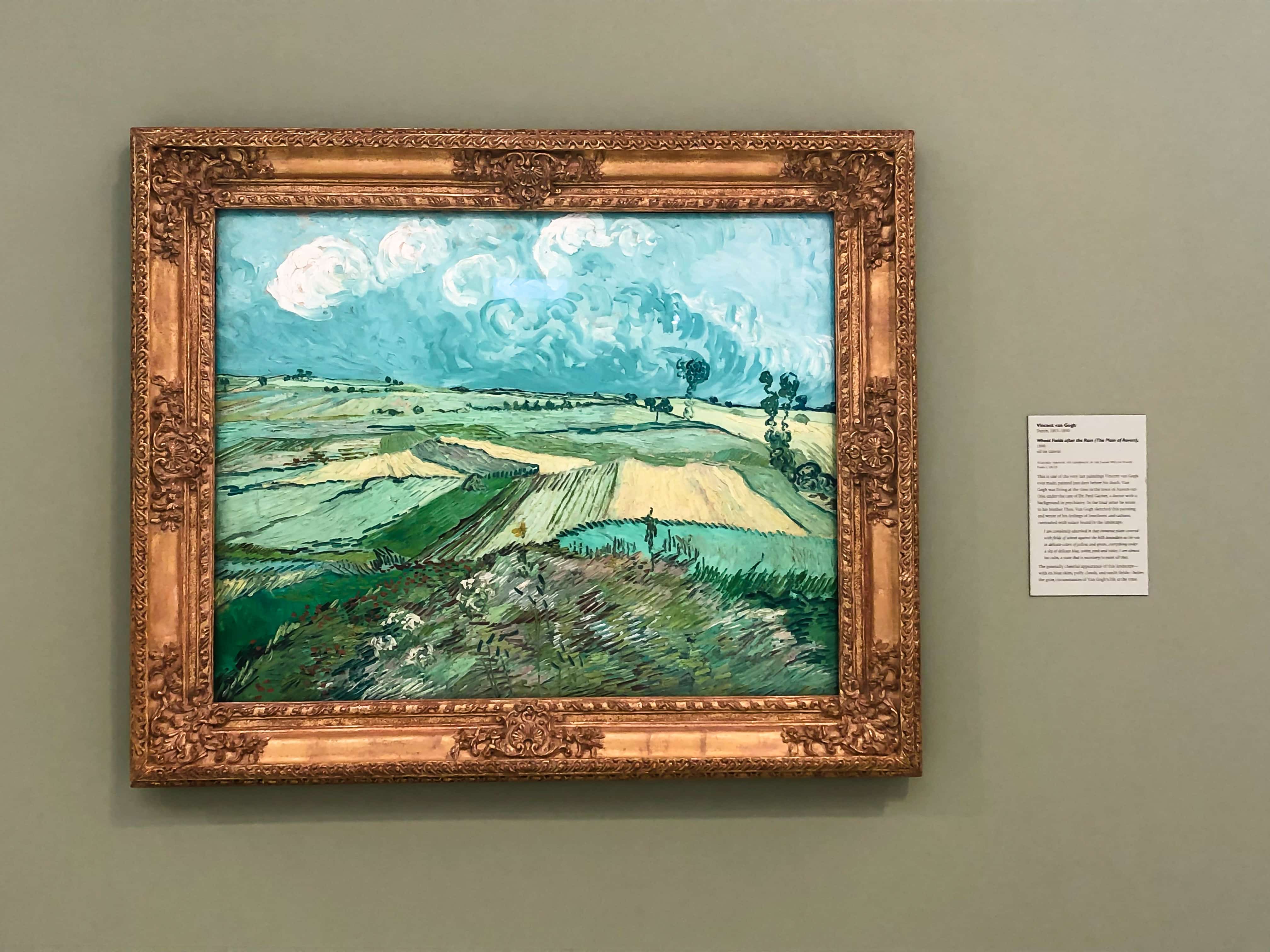 Oakland – Usually when I think Oakland, I think a little run down. That is not the case in Pittsburgh. Oakland is the home to CMU and University of Pittsburgh, both beautiful schools. And kind of made me wishing I was still a student.

Lawrenceville – This is where my cousin lives, so I spent a lot of time here. This is one of the cutest neighborhoods in Pittsburgh. It’s very hipster with boutique stores and awesome food places all along its main street.

Strip District – I was definitely in my wheelhouse here. This area has cute food specialty stores up and down Penn Ave in downtown. There were seafood stores, Italian delis, Asian grocery stores, whimsical candy stores, a chocolate store, and my favorite, a spice store! I bought soooo much stuff in this area.

Shadyside – A upper middle class neighborhood with pretty houses and a small main street of stores. To be honest, not really my jam but it was interesting seeing a different side of Pittsburgh. 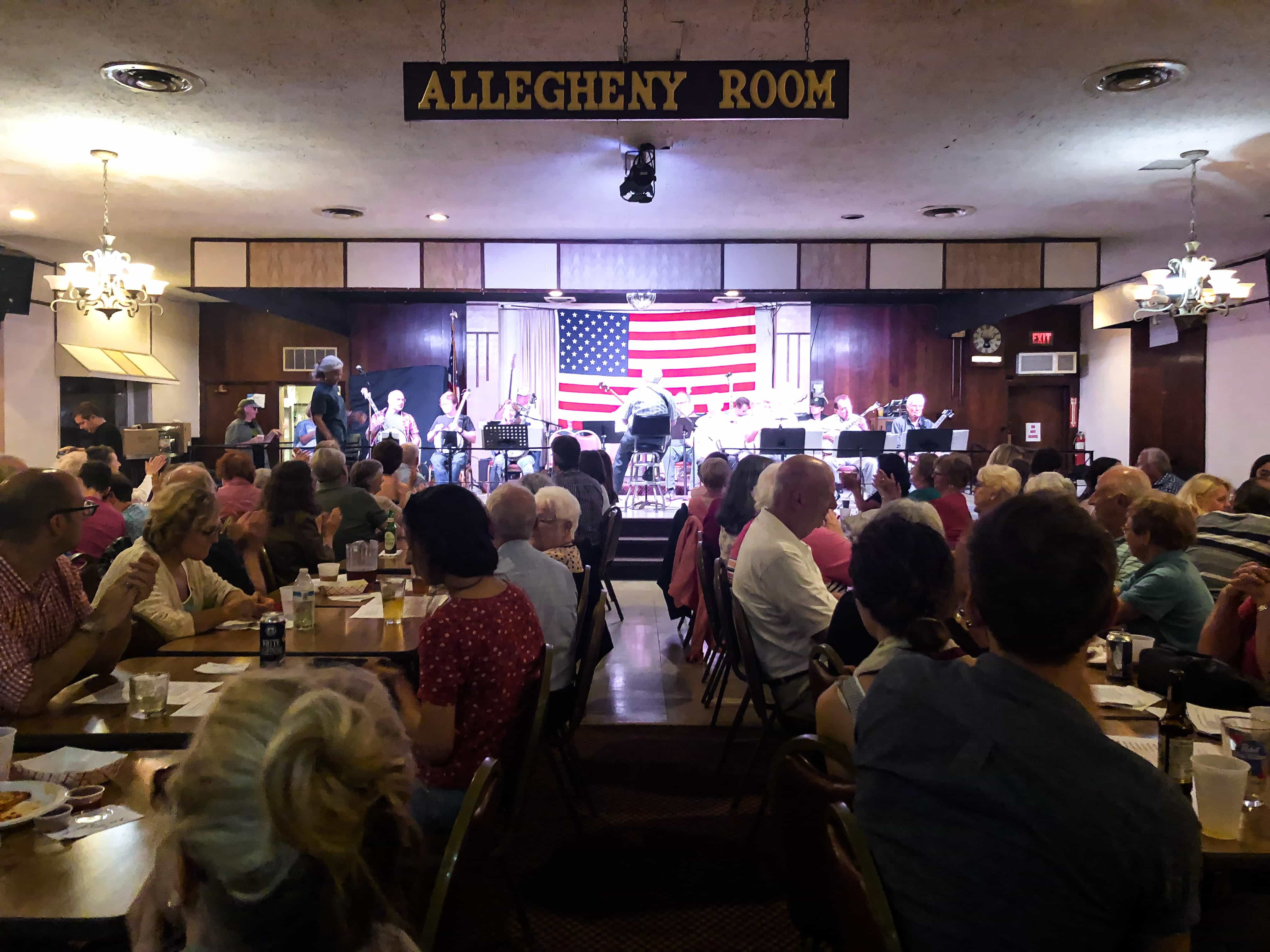 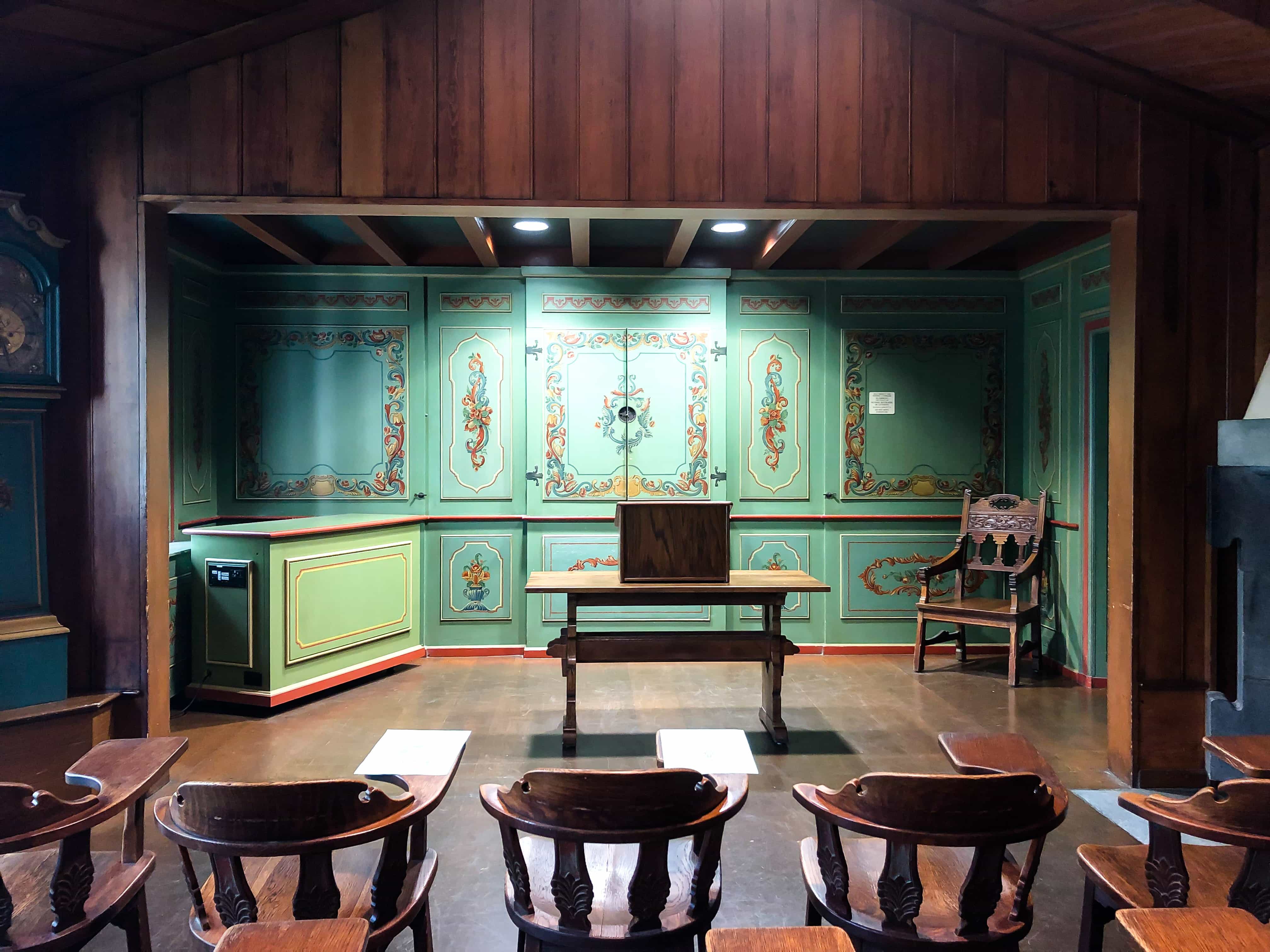 BANJO NIGHT – If there was only 1 thing you chose to do in Pittsburgh, it should be Banjo Night. This is probably one of the most Pittsburgh things you can do. It takes place every Wednesday night at the Elk Lodge. You can grab some cheap food, a $7 pitcher of beer, and listen to the Pittsburgh Banjo Club perform. The vibe in this place is unlike any other I’ve been to. It’s also so ridiculous it’s fun. You just have to trust me, JUST GO.

Carnegie Museum of Modern Art and Natural History – Andrew Carnegie loved Pittsburgh, so he gave much of his fortune to developing the city. This was one of the places that was the product of that. The art museum and natural history museum are in the same building. The art side has tons of classic and modern art. The natural history museum has lots of cool stuff about the history of our planet including 1 dinosaur skeleton named after Carnegie himself!

Cathedral of Learning – One of the most beautiful buildings located in University of Pittsburgh. The coolest thing about this place is they have classrooms (also called Nationality Rooms) that are decorated in a way that celebrates different cultures. They have an Armenian room, Chinese room, Norwegian room etc. Really really cool to see. 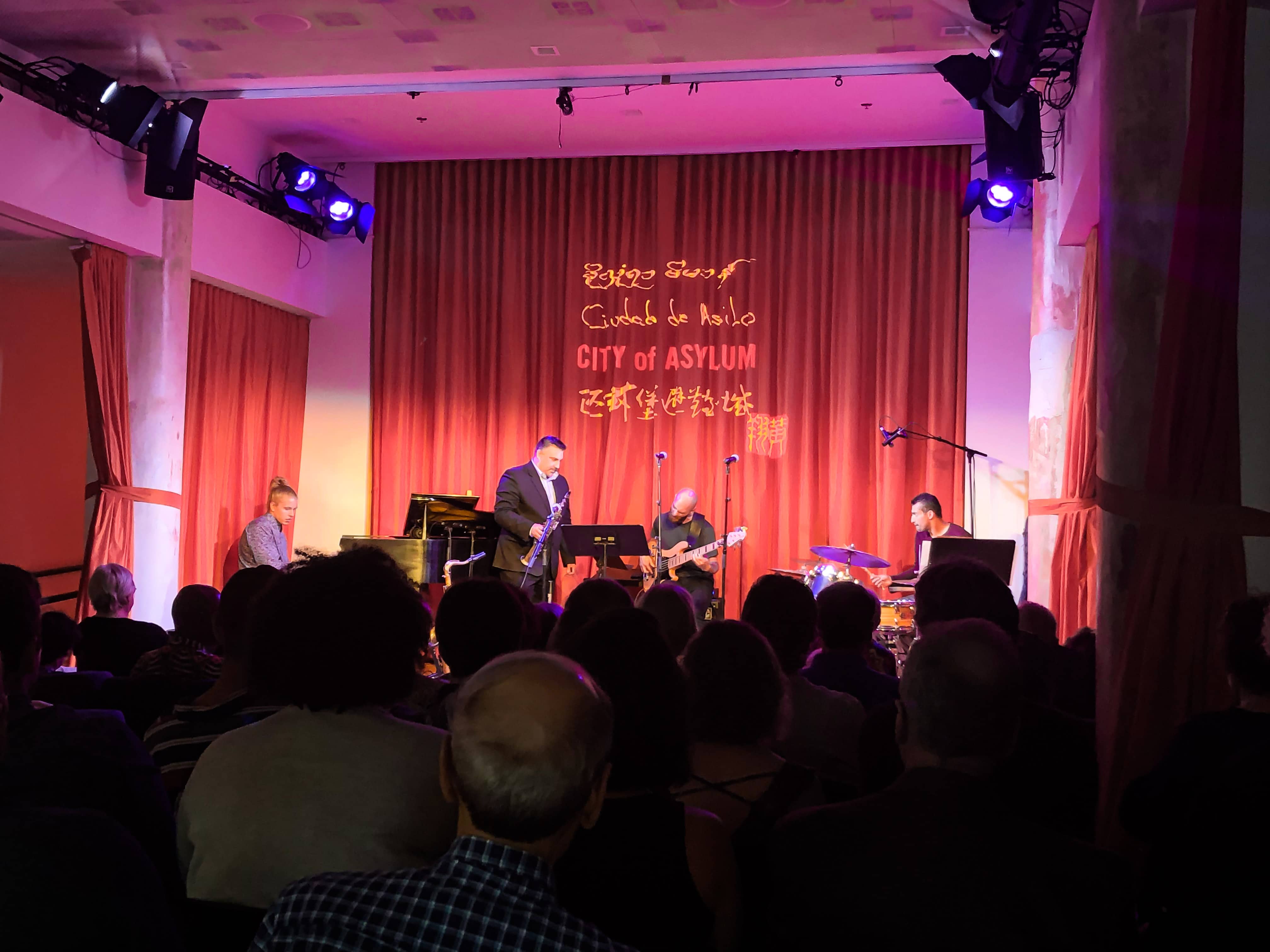 City of Asylum Bookstore – I loved the concept of this bookstore. They only carry books from immigrants. In addition to the bookstore, they have a small bar and restaurant, and jazz performances on Wednesday nights. 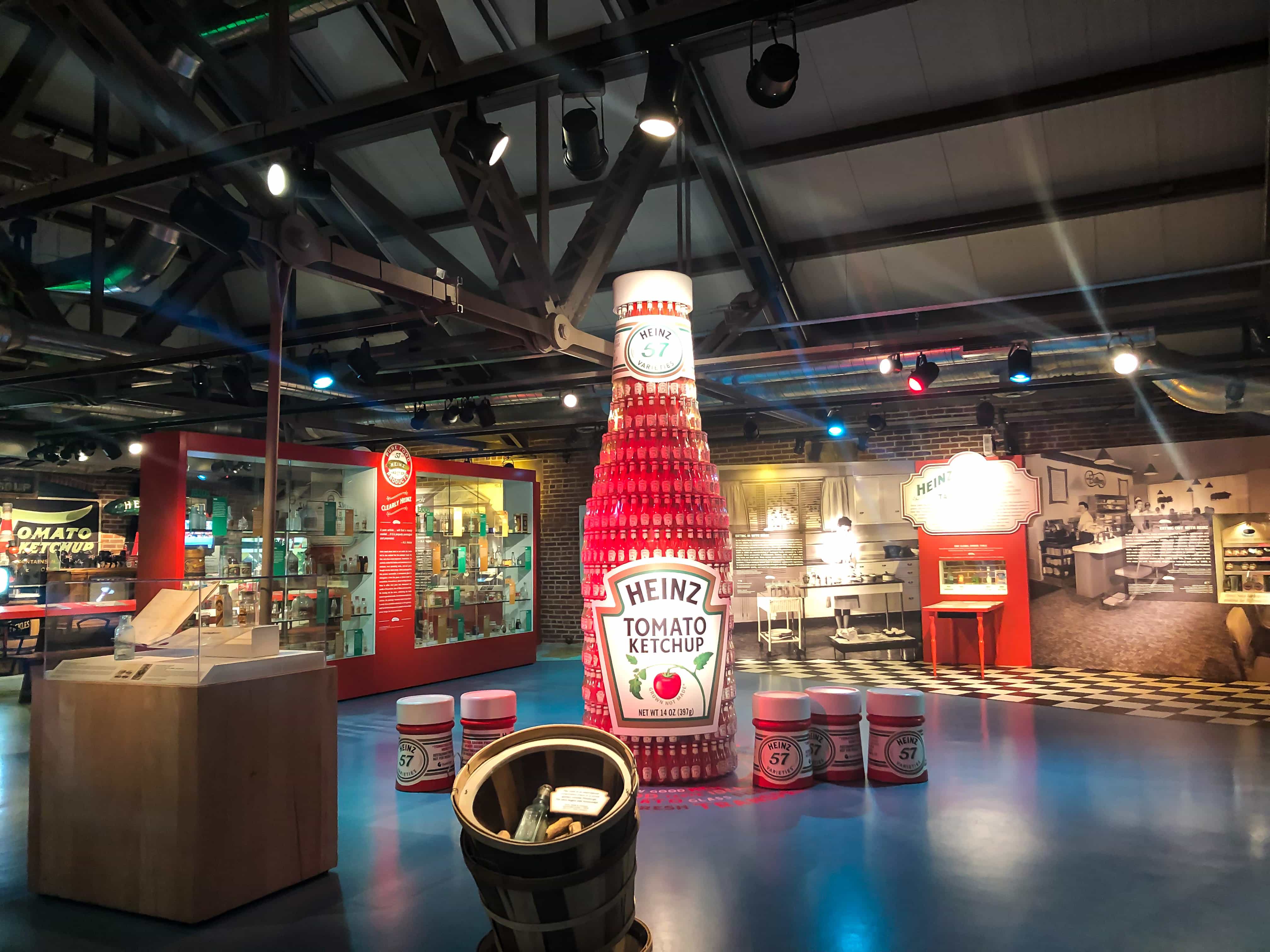 Phipps Conservatory and Botanical Gardens – Really extensive collection of plants and flowers from all over the world. The most impressive thing about this building is the many eco certifications it has.

Picklesburgh – Yaaasssss pickles! This was possibly the one thing I was most excited for because I LOVE PICKLES. One weekend a year in July, they shut down the Roberto Clemente Bridge and replace the cars for food vendors that serve up their pickle creations. I even had pickle ice cream. It was awesome.

Senator John Heinz History Center – The best place to go if you want to learn more about the long and storied history of Pittsburgh. This was one of my favorite places I visited because I learned so much about this great city. 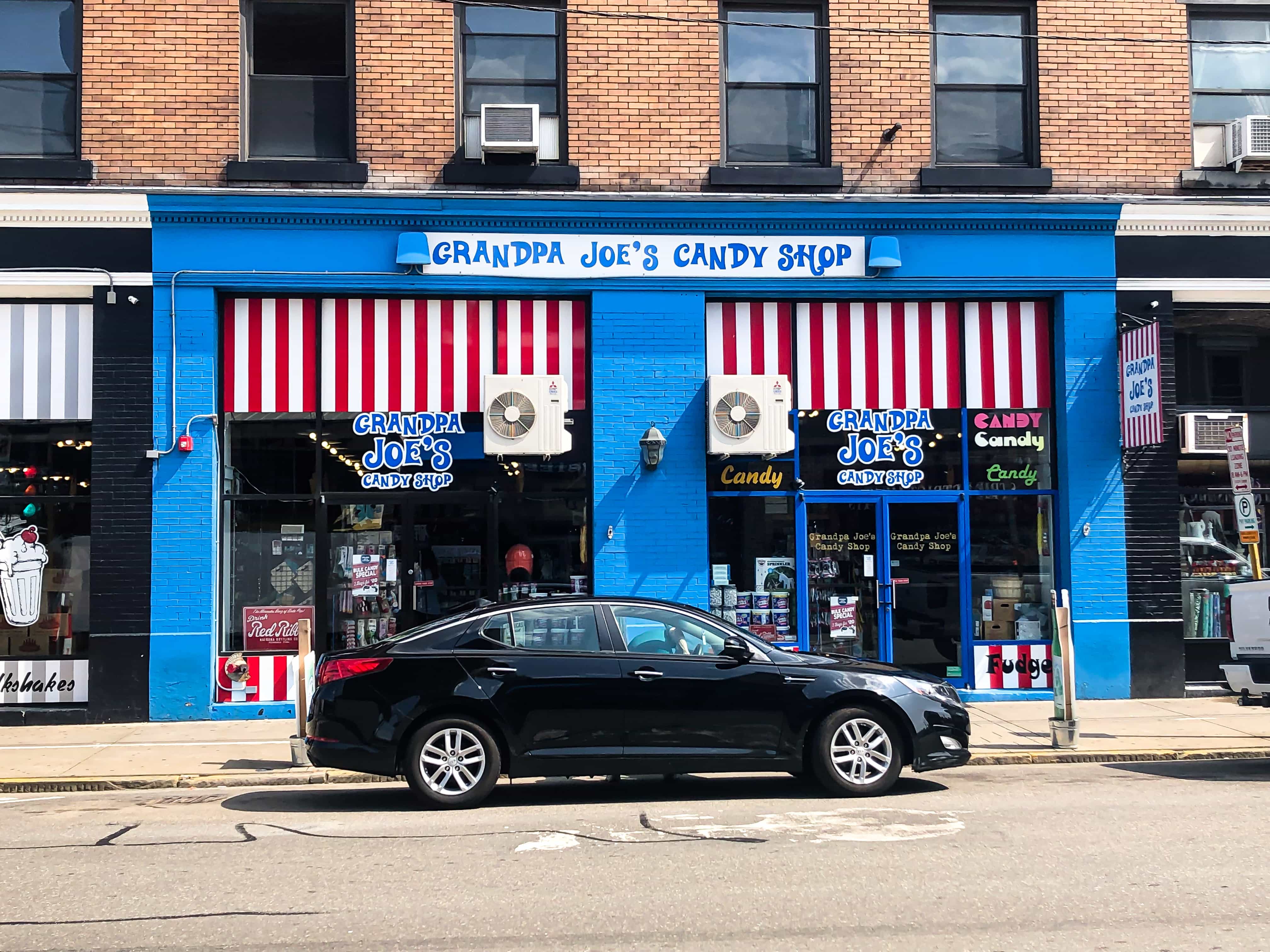 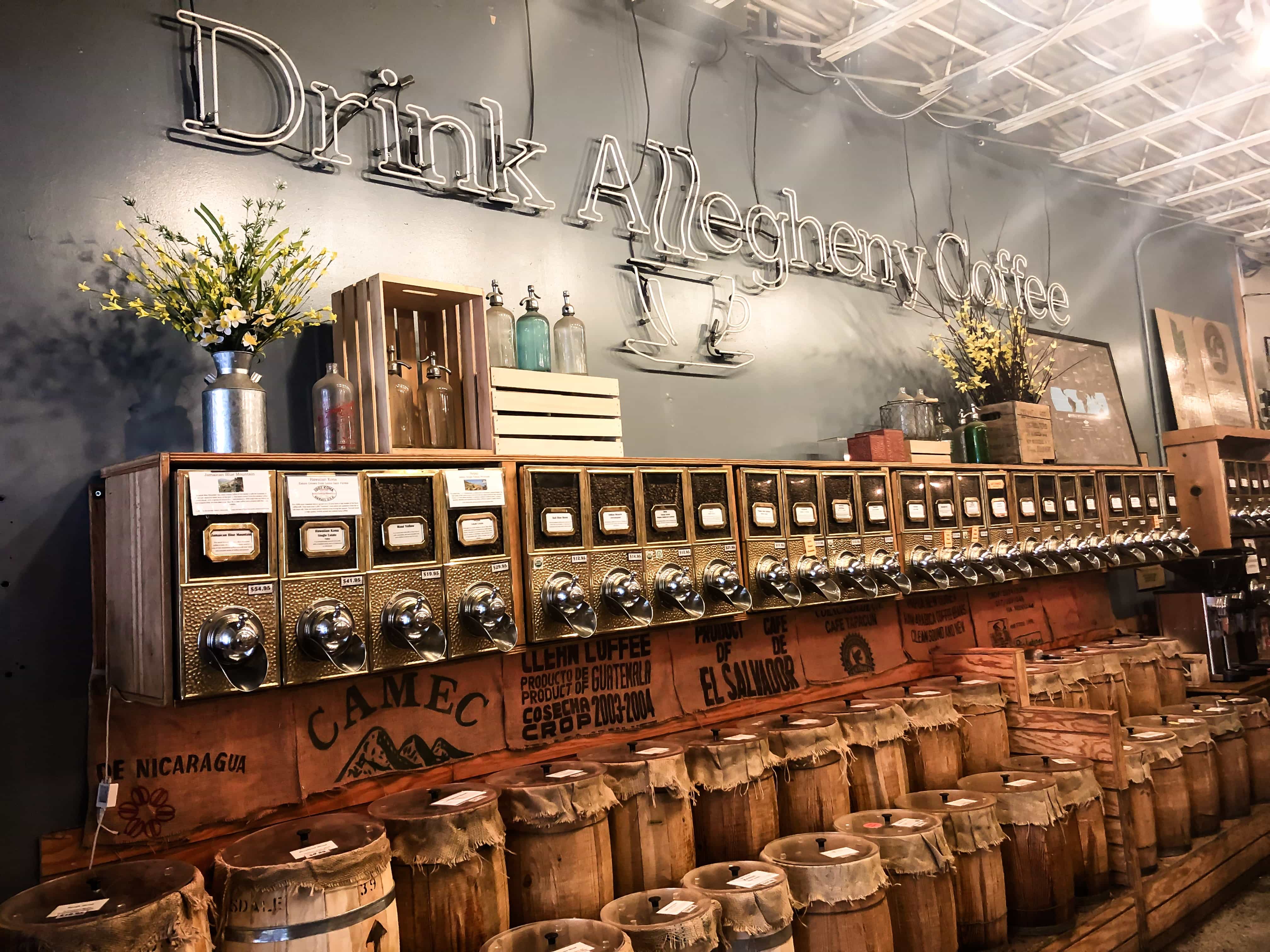 Shopping in Strip District – As mentioned above, I loveedddd shopping at all the specialty food stores here. It’s right in the middle of downtown, so very accessible if you’re staying in the area. They had every type of food store you can imagine. My favorites were the spice store, chocolate store, and Italian deli!

The Incline – Back in the day, workers used to use this to commute up and down Mt. Washington. Today, it’s still used for the same purpose but doubles as a popular tourist attraction. It’s also the best way to get to the Mt. Washington Lookout.

Walking down Butler St in Lawrenceville – I can’t tell you enough how much I love this street. It’s a couple blocks of cute shops and even cuter food places. I spent so much time here since my cousin lives right off it, but if you need a couple hours to chill and walk around, this is the place!

Cute brunch place in Lawrenceville! Loved the food here especially the homemade DOUGHNUTS!!!! I would probably try to get a seat outside in the summer because it definitely gets warm inside the place.

I loved this brewery on Butler St in Lawrenceville. Great beer and AMAZING FOOD. My favorite dish was the street corn with shredded cheese and some sort of sauce (left picture). 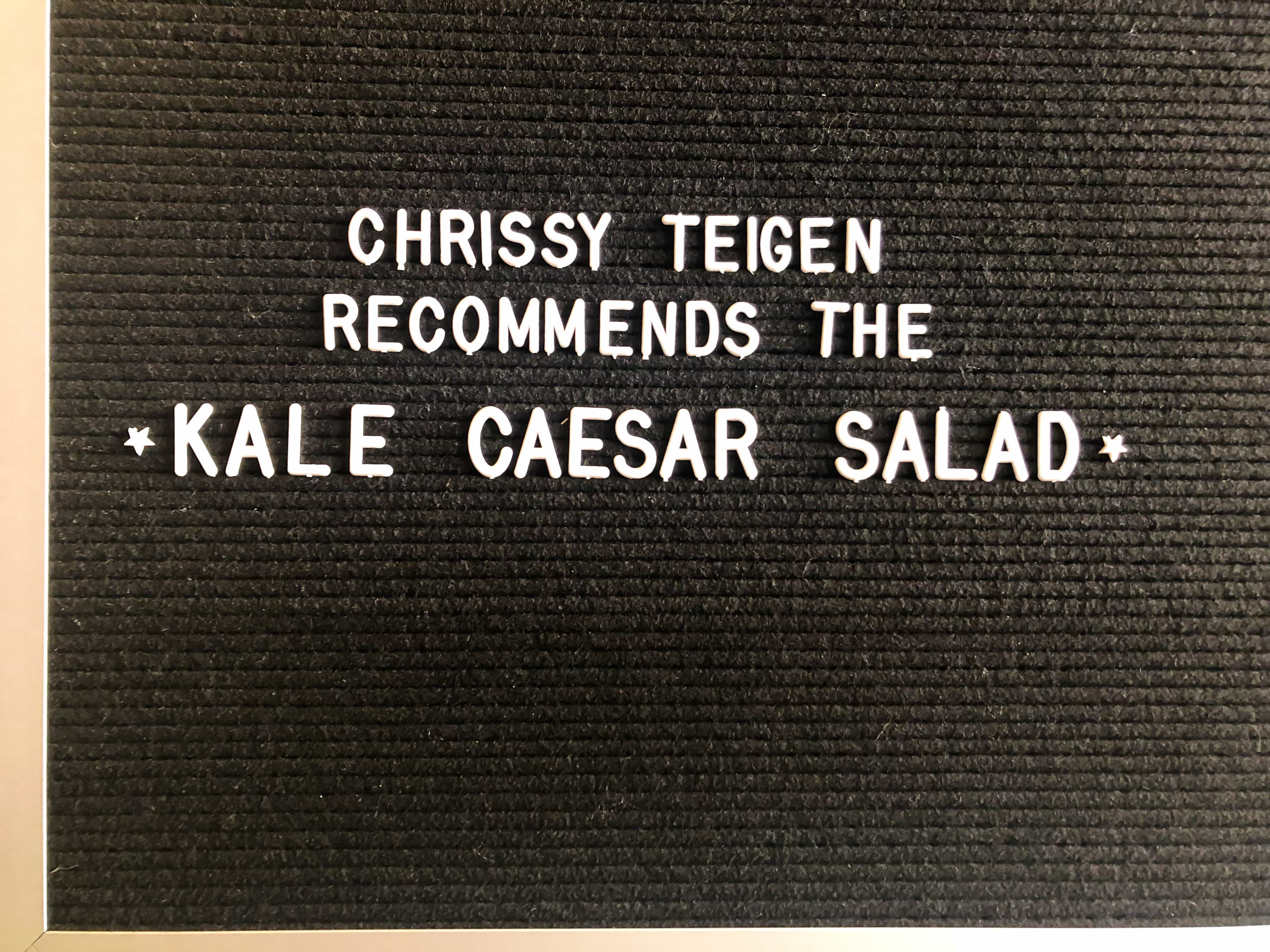 Chrissy Teigen recommended pizza place that has the best pizza I’ve had in awhile. We got the heirloom tomato pizza which is a seasonal pie. Don’t forget to get the ice cream sandwiches for dessert! The ice cream sandwiches come from Leona’s which doesn’t have a direct to consumer operation yet, so you can only get this stuff at restaurants for now. 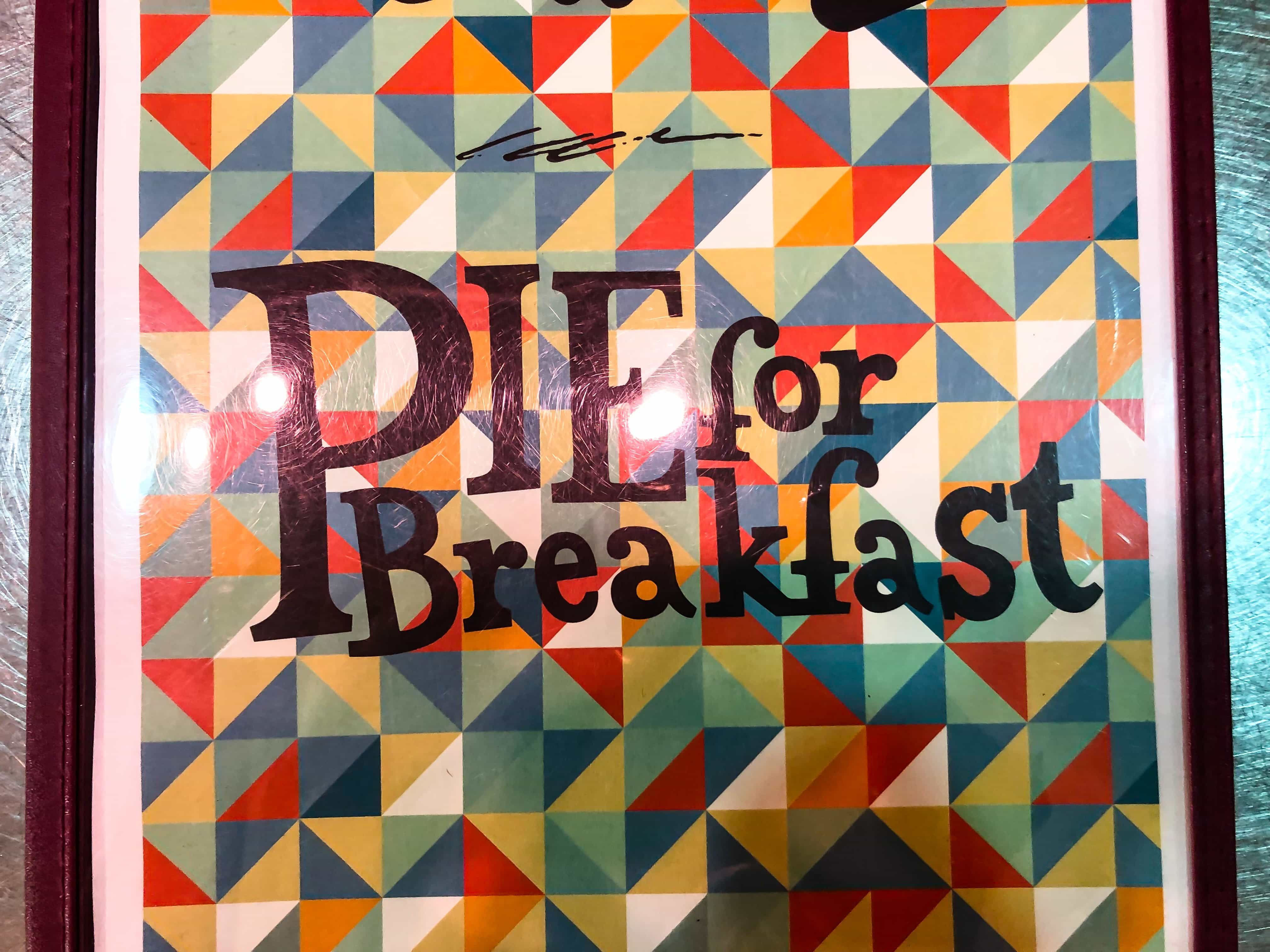 I had breakfast here right before I went to the Nationality Rooms at the Cathedral of Learning. Solid breakfast food and large portions! You can also get a big piece of pie but I was just too full. 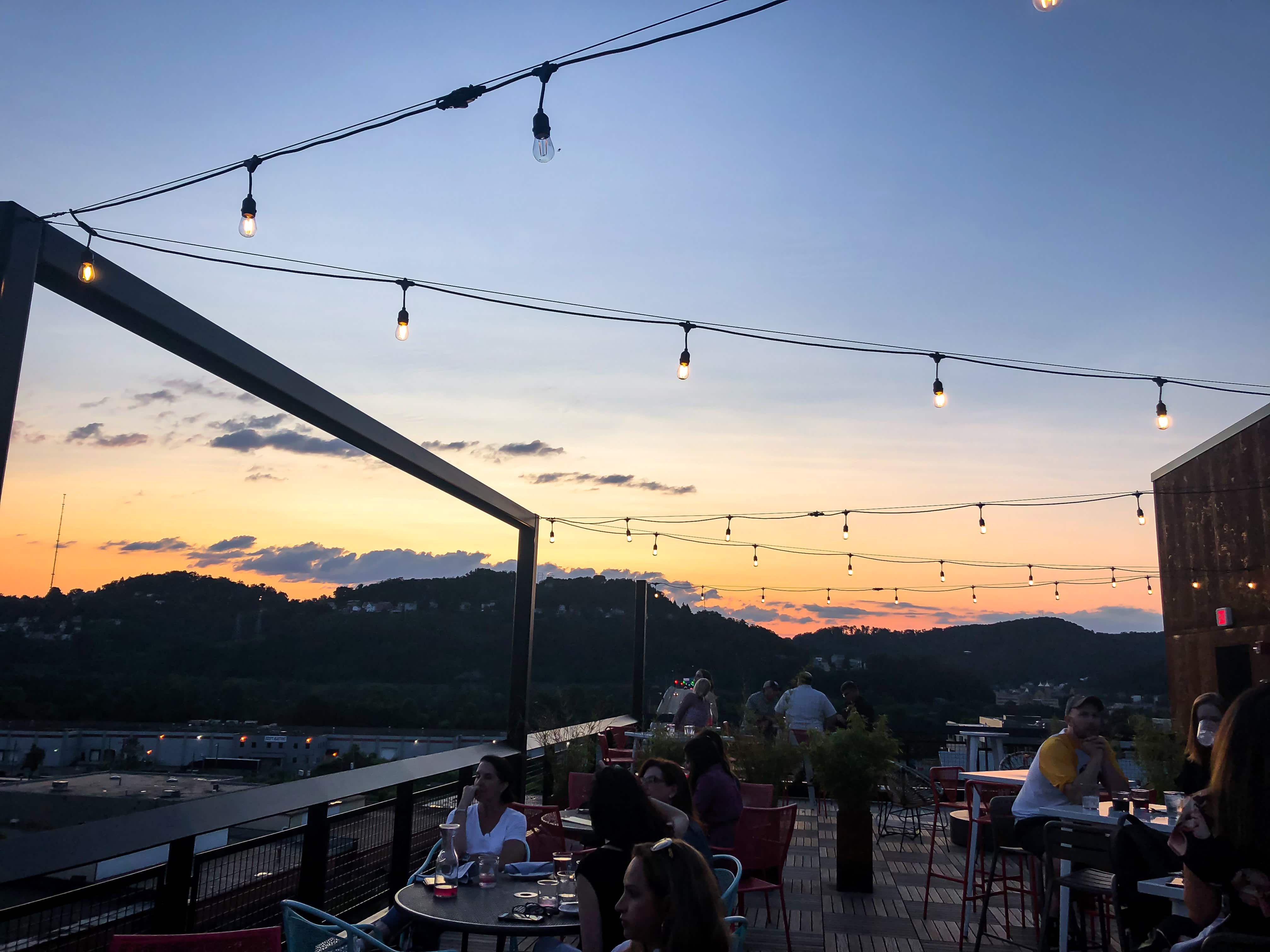 Really pretty view but unfortunately the drinks just weren’t doing it for me. I ordered a citrus-y gin cocktail, but it was low on the alcohol and it was way too sweet. The view is a 5/5 though! We caught the most beautiful sunset here on my first night in Pittsburgh.

You gotta go a bit out of central Pittsburgh for this restaurant but totally worth it. I love their take on modern American food, but what I loved even more was their mission. This restaurant is located in Braddock right across from a steel mill. The location of the restaurant speaks to the history of this neighborhood. Pittsburgh was known for its steel mills but when that industry started to collapse, so did places like Braddock. Now places like Superior Motors are trying to revitalize the neighborhood by celebrating its history through its food and bringing people in from all over to encourage investment. Many many publications have written about this restaurant, and it’s definitely well deserved.

Great neighborhood bar in Lawrenceville with cool vibes. They have good affordable drinks and a juke box! It was a tad too dark to take a picture sorry! 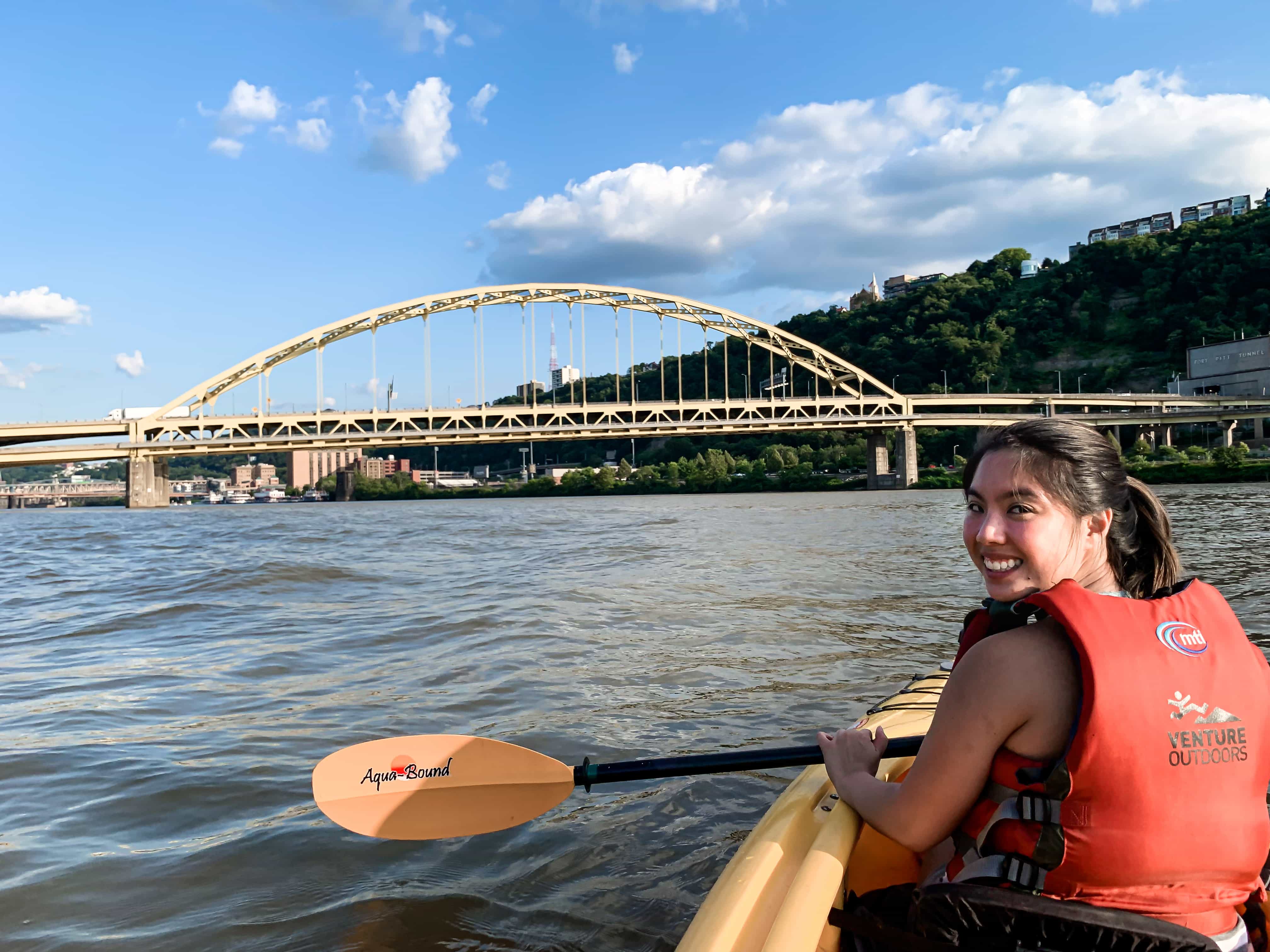 I absolutely loved my time in Pittsburgh. It’s a city that combines the innovation of the present with the history of its past. After my time here, I totally understand why people who come from Pittsburgh stay here. A biggg shoutout to my cousin Alex who made sure I saw everything this city had to offer. I can’t wait to go back! 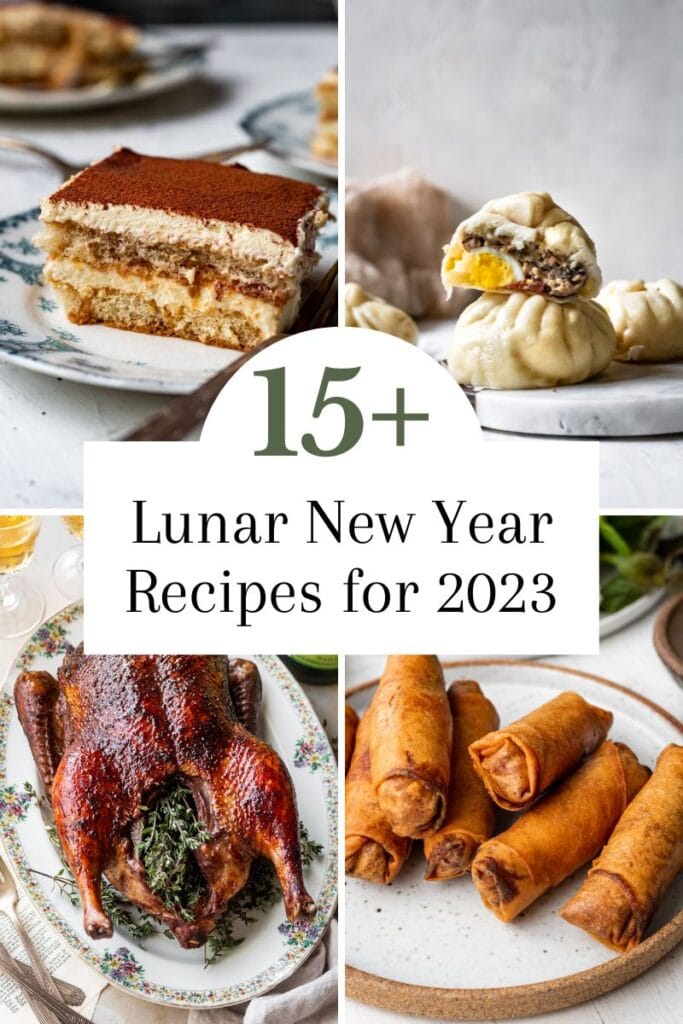 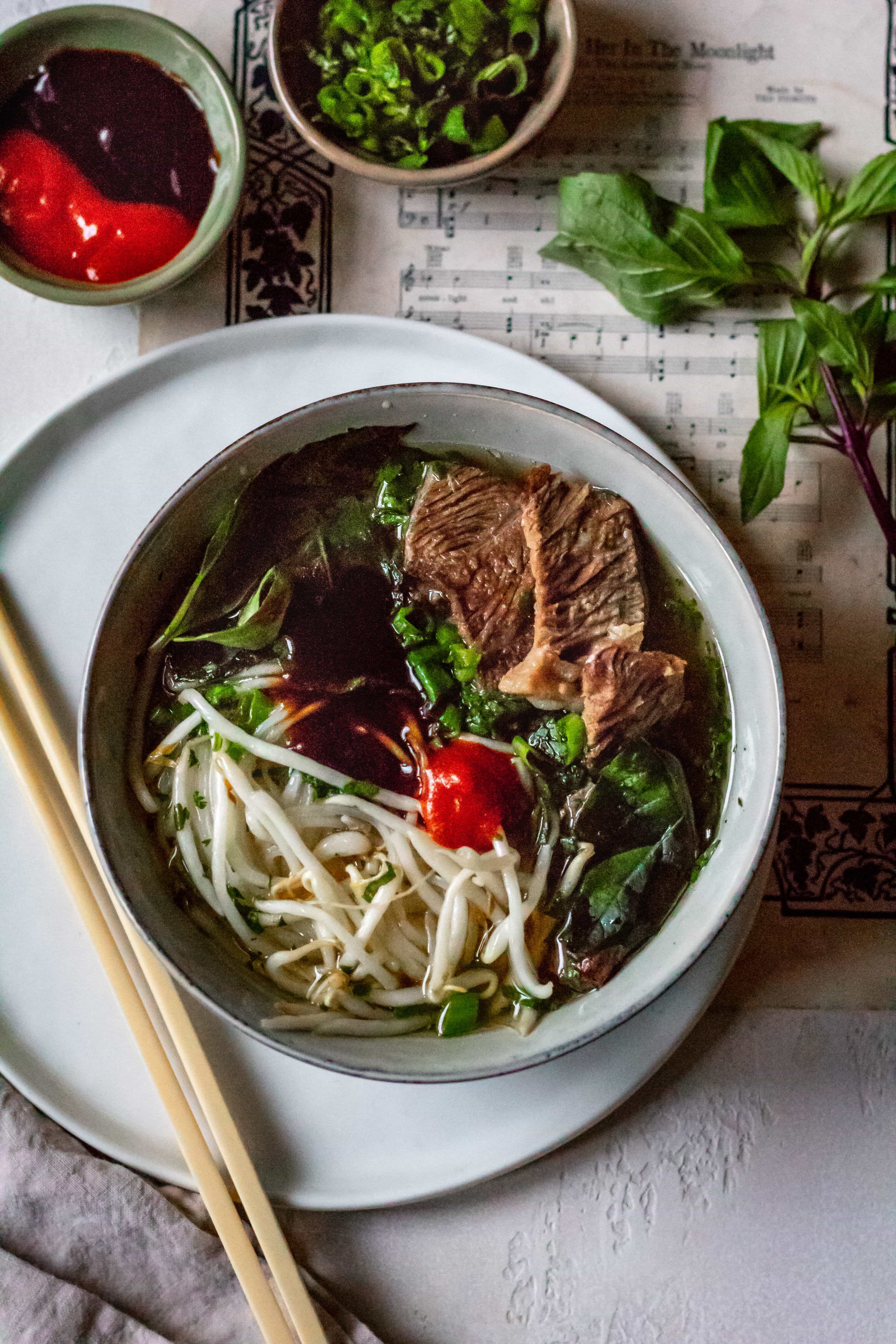 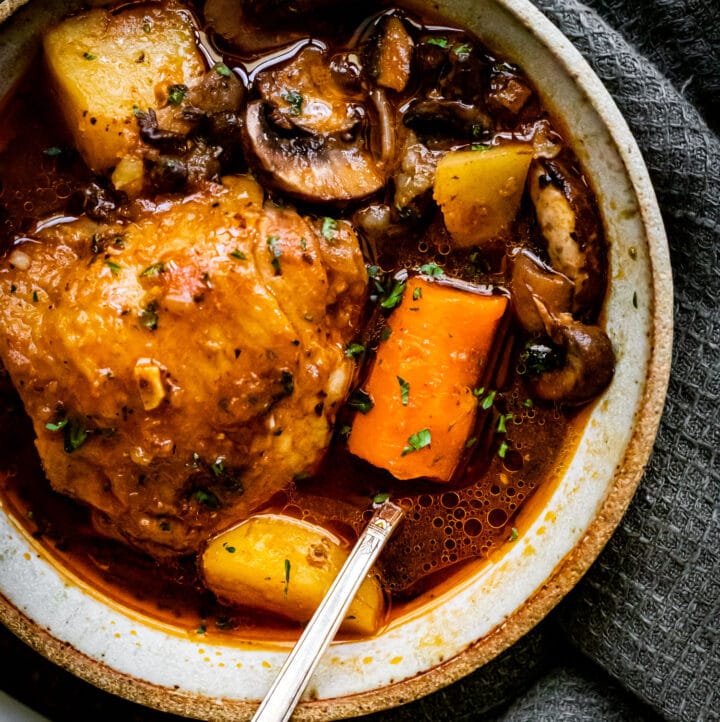